Japan should honour its international obligations by closing its domestic ivory market, increasing prosecutions and clamping down on illegal ivory exports to China. 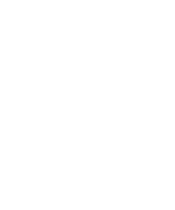 On 1 June 2018, the Amended Law for the Conservation of Endangered Species of Wild Fauna and Flora came into effect, tightening regulations on business owners who deal in ivory products (requiring registration rather than just filing a notification). Penalties have been increased significantly. However, serious concerns remain about Japan’s ivory control system.

Further enforcement measures are said to have been introduced along with tighter border controls in cooperation with the Chinese Government. In light of the concerns about illegal exports to China, these steps are welcome, but much more needs to be done.

Export of illegal ivory to China

There have been high numbers of illegal exports from Japan to China as traffickers take advantage of Japan’s lax trade controls. Since 2009, at least 5.8 tonnes of ivory have been seized. In one case in August 2016, 101.4kg of ivory pieces from Japan were seized in Langfang, China, hidden in 15 shipments labelled as “handicrafts”. The ETIS Report to CoP17 identified these exports as a concern, representing a significant contribution by Japan to the illegal ivory trade.

No intention to close its domestic ivory market

Japan continues to be one of Asia’s largest ivory markets. Investigations by EIA US have revealed widespread illegal trade in ivory: 30 out of 37 Japanese ivory traders contacted by investigators offered to engage in illegal activity to buy, sell or fraudulently register a tusk that did not qualify for registration; four companies admitted to selling ivory on a daily basis to Chinese buyers and boasted of the vast amounts of ivory illegally exported to China and Hong Kong; and most of Japan’s ivory tusk imports from before the 1989 international trade ban were from poached elephants (so the tusk registration scheme is effectively an amnesty for large quantities of pre-1989 poached ivory).

Despite the evidence, the Japanese Government maintains that Japan’s market does not contribute to poaching or the illegal ivory trade and as such does not need to be closed. Other major countries such as the USA, China and the UK have taken the opposite view, accepting that their markets do make such a contribution and should be closed.

The most recent amendments to Japan’s legislation will make very little difference to the reality of the ivory trade in Japan; their purpose seems to be not to close Japan’s domestic ivory market but to help it continue. Japan’s Notification to the Parties dated 13 June 2018 stated that Japan’s regulations on ivory transactions “are already on a par with those of other major countries”. In fact, Japan is completely out of step with other major countries. Japan still allows trade in raw ivory, subject only to registration, whereas it has been banned in virtually all other major countries. As most countries, including China, close down their local carving industries, Japan refuses to do so.

Loopholes in the regulations for transactions involving whole tusks

There is assumed to be a huge quantity of whole tusks (raw and worked) in private possession that is unaccounted for, providing room for laundering into domestic trade or leakage into international illegal trade. The current registration scheme only applies to whole tusks (raw and worked) and is flawed, being open to abuse and fraud. Regulatory loopholes have been exposed “whereby unregistered ‘personal effects’ ivory is being sold to local manufacturers without first being registered in the Government’s database of all commercially eligible stocks of ivory as required by law”. Documentary proof of legal acquisition or origin is not currently required (for example, third party statements are accepted for registration purposes). The amended legislation in force from June 2018 does not address these loopholes.

To address concerns about the registration system, the Government is planning to introduce carbon dating as a requirement for registering whole tusks, beginning in June 2019. While this would be welcome, there are fears of increased registration of ivory from dubious origins before the new measures are introduced.

Under the new rules from June 2018, registered businesses can still transfer cut pieces of raw and worked ivory and ivory products, subject only to self-certification. Law enforcement agencies will not be able to intervene. In addition, private buyers and sellers not dealing with ivory products in the course of business will be able to trade them freely.

Monitoring of internet trading in ivory products in Japan has also exposed a number of problems, according to the ETIS report to CoP17. Many private sales of cut pieces of raw and worked ivory and ivory products take place online and these are wholly unregulated.

Open source research does not reveal any significant convictions of Japanese citizens for ivory offences since 2014, except for examples of administrative penalties and minor summary indictments. Two Chinese nationals were convicted for attempting to smuggle ivory from Japan in connection with a seizure in November 2017, but the Japanese dealer was not prosecuted. There is no distinct agency for wildlife crime and no formal collaboration mechanism for relevant agencies.

Japan should be moved from Category C to Category A