Closure of Kinshasa’s ivory market, significantly improved law enforcement making full use of DRC’s tough legal penalties and a crack down on corruption are essential to stopping ivory trafficking and protecting the last remaining forest elephants in DRC. 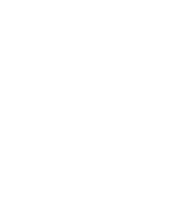 In 2018, joint operations through the Lusaka Agreement Task Force (LATF) resulted in the arrest of eight African nationals in DRC and Congo, including three Government officials. Five have already been sentenced to prison terms and significant fines for illegal trade in ivory and pangolins. They were linked to shipments of tusks seized in Thailand in September 2017. The success of the operation has been attributed in part to training for the investigators in advanced analytics technology at a new analytical centre (ACE) in Congo.

A February 2014 law on the conservation of nature clarified previous confusion over the agencies responsible for wildlife protection, by conferring wildlife law enforcement jurisdiction on the Congolese Institute for the Conservation of Nature – DRC, in addition to powers related to ivory stockpile management. According to TRAFFIC in a 2017 report, “if enforced, the law may have the strongest deterrent effect among wildlife laws in the whole of the Central African region, as Article 79 mandates prison terms of five to 10 years and fines of 20 to 100 million Congolese Francs (approximately $20,000 to $100,000) as penalties”. However, it appears that the law is not being enforced, judging by Kinshasa’s flourishing ivory market and lack of convictions.

DRC’s NIAP is fairly comprehensive but its timelines need to be updated and it should be revised in line with the recommendations set out below.

In 2016, the ICUN reported that the elephant population in Garamba NP has continued to decline “as a result of intense poaching from different groups, including the Lord’s Resistance Army.” The human cost paid by rangers is well documented.

Kinshasa is the largest ivory market in Central Africa, still openly selling ivory items at a new location in the capital with little or no interference from the police. The 2017 report by TRAFFIC assessed the ivory trade in five Central African countries (DRC, Cameroon, Central African Republic, Congo and Gabon) and confirmed that Kinshasa’s ivory market is thriving. DRC alone accounted for 1,355kg of ivory items sold, more than 65 per cent of the worked ivory sold in all five countries. The other four countries showed significant declines in trade in worked ivory, but not DRC.

According to the ETIS report to CoP17, “bringing this market into compliance with CITES requirements for internal trade in ivory is an unfulfilled goal of the country’s NIAP and DRC should continue to be held accountable for the lack of progress in this regard.”

Although fewer in number than in previous years, TRAFFIC found that there were still workshops carrying on Kinshasa’s long tradition of ivory carving that had been allowed to continue operating.

Although the elephant is totally protected under DRC legislation (and has been since 1982), law enforcement effort is negligible: “With ivory still openly displayed, it was evident that the vendors have little or no pressure from wildlife or law enforcement authorities,” according to TRAFFIC.

Large amounts of ivory pass through DRC undetected, trafficked by organised criminal syndicates. For example, DRC was linked to a multi-tonne container shipment of ivory seized in Thailand in April 2015 declared as ‘beans’. Air shipments of ivory have left DRC and travelled to Malaysia (e.g. two ivory air shipments declared as ‘wood samples’ seized in Malaysia during 2016 and 2017). It is likely such consignments are destined for re-export to other Asian countries.

Since 2010, research indicates only the five convictions in 2018 referred to earlier.

TRAFFIC found that the lack of enforcement is demonstrated by the fact that for decades, “traffickers [have been] using the same traditional routes, roads and rivers” (such as the Congo river, which provides an easy means of transporting raw ivory poached in northern and eastern Congo and DRC) and there is “a constant movement of worked and raw ivory between the two capital cities of Brazzaville and Kinshasa, which sit on opposite sides of the river.”

TRAFFIC found evidence that politicians and high-ranking Government officials were reported to be organising the trade in raw ivory, working closely with organised criminal networks including Chinese syndicates to export large quantities of raw ivory out of the country. One ivory vendor said the main suppliers are Government officials and one commented that he had “a relative who is a General in the army and who supplies him raw ivory for a cut after sales.”

According to TRAFFIC, the authorities responsible for management of the stockpile do not know precisely how much ivory it contains and there is no robust and transparent mechanism for its effective management.

DRC’s CITES Management Authority rarely reports seizures to ETIS. In recent years, most seizure cases for DRC have been reported by the World Customs Organisation as part of the annual data exchange with ETIS or the NGO community engaged in collaborative law enforcement actions, including Juristrale and TRAFFIC.